Creating A Referral Machine 1 of 7

The best place to be in business, (any business or profession) is the point where your new clients are almost exclusively generated from people in your network. These are friends, colleagues, strategic partners and even former clients sending you prospective clients.

At this point, your network becomes your sales force. In short, you have effectively created a referral machine and that machine (i.e., your network) is working for you, even when you are not working.

This begs the question, “How do I create a referral machine?” We start on this in Part 2.

In Marcia Brown’s old tale, entitled Stone Soup, plague-ridden villagers were stingy with their food and had no interest in sharing with anyone but their own.

This begins to change, however, when a peddler tells the villagers that he would like to share some stone soup with them (essentially throwing a few rocks in boilin 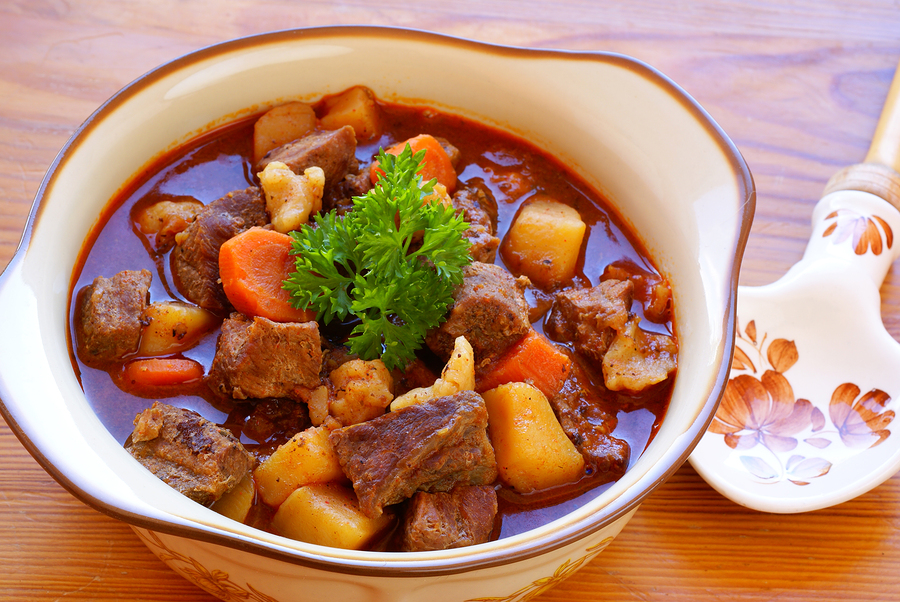 g water). This action, along with some goading words, moved villagers to become generous — one by one sharing. A head of cabbage here, some salt beef there, and voilá, before long there was a large brew collectively made and fit to feed all of them.

Brown essentially suggests that generosity and altruism are contagious. Is this just a hopeful fable? Or is there any truth to this assertion? Nicholas A. Christakis, M.D., Ph.D. and James H. Fowler, Ph.D tested this assertion and shared their results in their book Connected.

These researchers took a set of 120 students who were put into groups of four. The groups’ individuals were given some money to be used to perform an exercise composed of a series of tasks. Participants both profited and lost via these tasks in a capitalistic exercise. After each exercise, however, the individuals had the option of giving some funds to others at the expense of their own.

After each exercise, the groups were mixed up so that no two groups were ever the same throughout the experiment. In the first few rounds of exercises, no money was gifted.

Amongst the participants, however, was a plant — someone in on the experiment. This person we will refer to as the “Stone Soup Peddler.” After certain exercises, the Stone Soup Peddler started to systematically give away some of the money to others.

In the exercises that followed this exhibition of generosity, the people who benefited from the gift, gave more. In addition, even the people who witnessed the gifting, but did not directly benefit began giving more. These altruistic gestures then began to spread through the group.

Acts of generosity, however, are inspired somehow. That is people do not just give. Rather people are moved to give somehow, some way.

As the story of  or the Christakis-Fowler study illustrates, you have the power to inspire generosity through your own generosity. The substance of the act does not matter. What does matter, however, is that you act, as this simple gesture becomes contagious. You can literally inspire your entire network with one small act to literally anyone. A simple referral. An introduction. Sharing of insight or information.

Any or all of this will inspire your network to give to others. In so doing, not only will you have done something wonderful, but you will also be in close proximity when the generosity begins to materialize.

The United Kingdom has had a longstanding milk distribution system in which milkmen in small trucks bring the milk in bottles to the door of each country house. At the beginning of the 20th century, these milk bottles had no top. As a result, birds had easy access to the cream that rose to the top of the milk in each of the bottles.

In fact, two different species of British garden birds, the titmice and the red robins, capitalized most on this opportunity. Each species
learned to siphon off cream from the bottles, tapping this new, rich food source.

In addition to not being sanitary, these birds were stripping milk of its vital nutritional value. This prompted dairies in the 1940’s to start installing aluminum seals on milk bottles. Thus, when the milkman delivered the product, the birds were effectively prevented from getting at the cream.

This only worked for a short while, though. One by one, titmice learned to pierce this weak defense. Before long, the entire titmouse populations were only mildly inconvenienced by the aluminum caps.

The same was not true of the robins. As a species, they never learned how to get around the bottle cap and pierce the cream at the top of the milk. Certainly, here and there, one robin would be fortunate enough to figure it out, but as a whole, the species was foiled (no pun intended) from getting at the milky cream, as they once had.

Why was this the case? After all, the robin and the titmouse were very similar birds in size and physical characteristics. The difference was in how the birds interacted within their own species.

The robin is an individualistic bird. They are self-serving and territorial. Rather than cooperate with one another, when fellow robins comes near the robin will chase it off.

The titmouse, on the other hand, is a communal bird, relying on one another heavily for survival, sticking together in tight groups of at least eight to ten. As such, they are able to cooperate and collaborate together, quickly learning what works and what doesn’t for one another. They have an efficient social propagation process in which they are able to adapt to changing conditions and learn from each other because of their mutual dependencies.

In short, the titmice almost universally prevailed against the aluminum caps because they learned from one another. After all, that is their way.

On the other hand, while an occasional robin might have gained access to the cream, the successful birds never shared the information with others.

The lesson here is simple: Birds, like the titmice, that flock seem to learn faster, evolve more quickly, and increase their chances to survive.

This is true for you as well. When you interact with others, you learn. You learn new information. You learn new techniques. You learn how to dress and talk. You probably learned how to open a carton of milk.

In your life, in order to quickly get over obstacles and move past barriers and on to your goals — such as finding clients — you should take every opportunity to behave as the titmouse and help each other succeed together. This would include sharing tips and tricks with one-another or taking an interest in the needs of your peers.

In addition to the types of people with whom you network, to benefit your network you also need to consider the extent with which you know people
in your network. This is known as “The Strength of Weak Ties.”

In his 1974 book Getting A Job, author and sociologist Mark Granovetter found that 56% of people found jobs through personal contacts. This is
not surprising. After all, it is “not what you know, but who you know.”

Bringing the concept of “The Strength of Weak Ties” into your business, profession or career means this: Do NOT rely on those that you know real well to build your clientele.

Burgess Meredith, on the other hand (who only appeared in approximately 60% of the movies as Gary Cooper and John Wayne) appeared in a wide variety of movies types: 42 dramas, including Of Mice and Men (1939) and Rocky (1976); 22 comedies; 8 adventures; 7 action; 5 documentaries; science fiction, horror and a western; 4 thrillers; 4 crime movies; 2 children; 2 romance; 2 mysteries; 1 musical; and 1 animated film.

Here is the “take away” from the Kevin Bacon game and the analysis of the relative connectivity of actors and actresses. First, take a look at your network. If it is unproductive or stagnant, look at whom you are involved with.