I just read this article, and quite honestly, the stoopidity (yes, I mispelled this on purpose) absolutely amazes me. Just when I thought I had seen everything in my industry, I read this article about a magazine called Outside taking extreme liberty with Lance Armstrong and photoshopping text onto his T-shirt. Here’s the article link:

The stoopid part comes into play when the magazine’s editors try to defend their actions: “…it’s not Armstrong’s real T-shirt.” … “…[magazine] doesn’t typically consult cover subjects on all editorial decisions…”

This is the worst case of non-professionalism I have seen in my twelve years as a graphic artist. Granted, editors have the final say in how their magazine is represented, what articles to showcase, and final editorial edits/changes. That is a far cry from actually photoshopping something that isn’t there onto someone’s shirt and not telling them. I can see maybe doing this as a school project, but in this situation, Mr. Armstrong should have been asked for and [magazine] should have obtained his written permission first. It is not okay just because “it’s not his shirt”; it is not okay because they deliberately TAMPERED with Mr. Armstrong’s BRANDED IMAGE, period.

In a day and age when print advertising is suffering enough damage, there is now a rouge magazine basically giving viewers and potential models the impression, “hey, thanks for your advertisement / thanks for posing for our cover, but we’ve decided to change it up a bit and we can do that because we can. Thanks for playing our game!” Definitely NOT professional, and not a magazine I would recommend anyone paying any attention to now and in future issues.

Have you ever created a print job for a client, sent it to your print shop, then picked it up only to have the client find a typo? Unfortunately, this senario happens more often than you might think. Several months ago I was perusing my favorite magazine when I came across an advertisement for a new online company; the ad looked great – except for two glaring typos. Early spring 2010 I was visiting the vendor booths at our local Womens Expo, and an advertisement at a landscaper’s booth had a large typo – unfortunately after over 10K copies had been printed.

Here’s a few tips to consider:

Now it’s your turn! What steps do you take when proofreading? What works and what doesn’t?

Frank Agin, founder and president of AmSpirit Business Connections, was quoted in the business section of the  April 19th, 2013 edition of the Columbus Dispatch. In

the article entitled “Online Introduction,” Frank indicated that more and more employers are using social media websites such as Facebook to aid them determining whether or not they should hire a candidate. To read the full articles, go HERE.

Have you ever looked for that one person that can help you succeed in your business. Alliance Chapter Member, Lisa Raymond bloges about how to do this from her findings reading The Champion By: Frank Agin. Read: “Have You Found Your Champion,” to learn more. Lisa can be reached at (602) 434-3843 or via email at lisa@deseynerseyecreations.net

If the meat of AmSpirit Business Connections is the weekly Chapter meeting, then consider time before and after the meeting as the bread.

This bread is important to overall success in AmSpirit Business Connections. While much of the weekly meeting is scripted, the unscripted time before and after the meeting gives you a wonderful opportunity to build relationships with fellow members.

So when you are locking down time in your schedule for your weekly Chapter meeting, remember to make it a sandwich – carve out some time before and after to cohort with members and guests.

LISTEN, as Frank Agin describes a day in the life of an AmSpirit Business Connections franchisee and the opportunities this franchise opportunity presents. 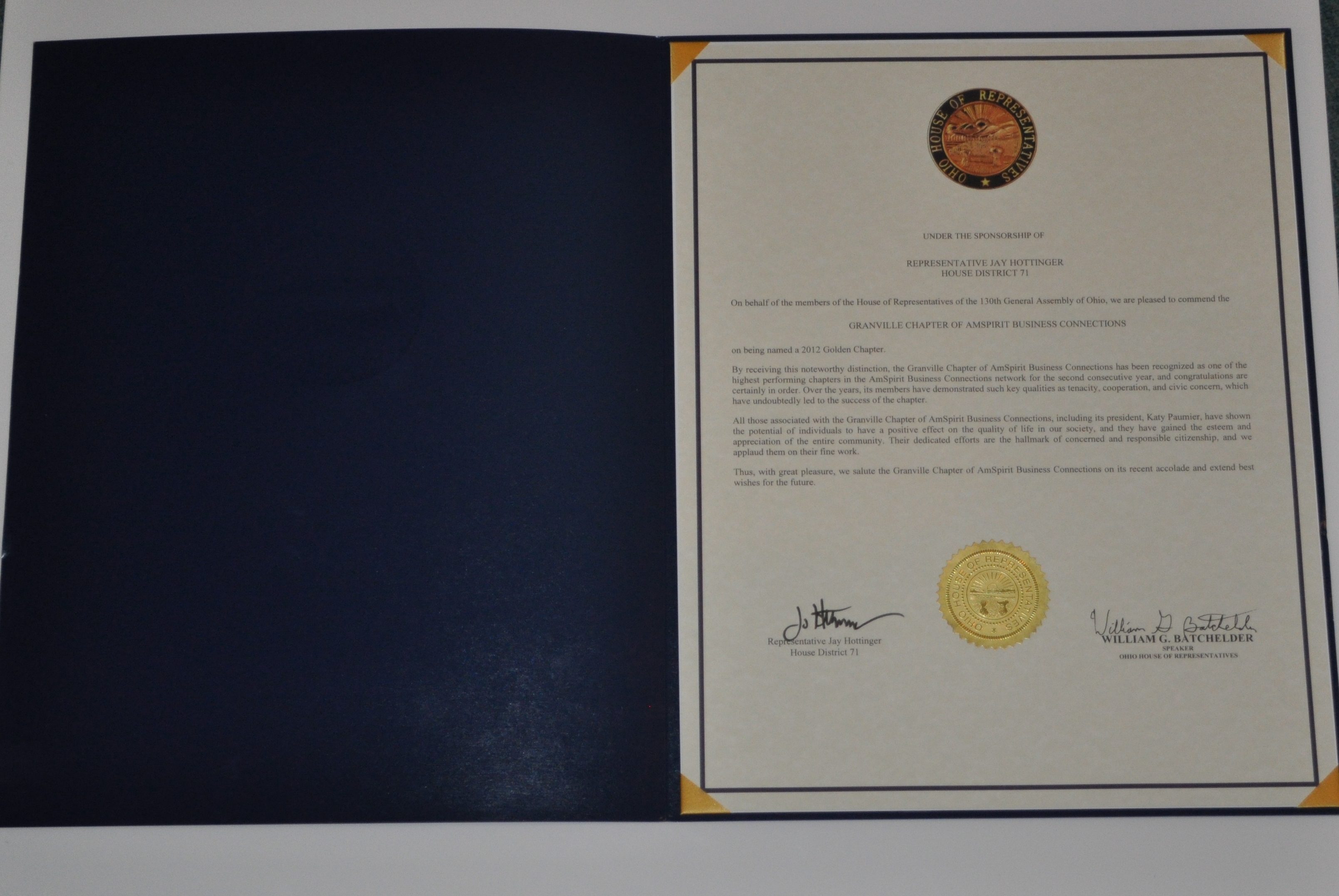 Weather permitting, Marie Trudeau (a member of the City Center Chapter and an Insurance agent with W.E. Davis Insurance Agency) takes her motor-powered scooter to her Wednesday morning Chapter meetings. Do you have an unusual means of getting to your Chapter meeting? Please share